This land was first inhabited by many Dakota, Ojibwe, and other native people. The area was considered sacred ground for its natural beauty and resources. The Mississippi River served as an important mechanism for travel and transporting goods, and the island was used as a camping location for fishing and tapping sugar maple trees.

In 1680, Father Louis Hennepin, a French Catholic friar, became the first European to report seeing the falls; he named them after Saint Anthony of Padua. While the area would be claimed by England, France, Spain, and the United States, it remained mostly inhabited by the Mdewakanton Dakota until 1838, when land east of the Mississippi was opened to private ownership by white settlers by a series of treaties. One of the first settlers to claim land was Franklin Steele, a former store keeper at Fort Snelling, who eventually built one of the first sawmills in St. Anthony. 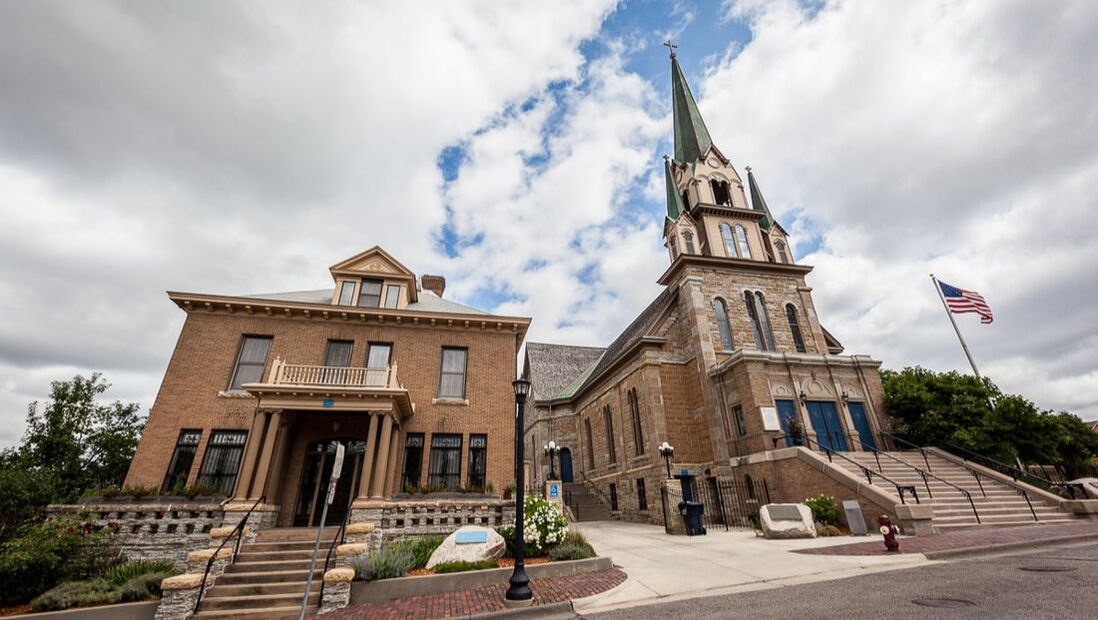 Mill City
Many industrialists from New York and New England arrived in the 1850s to take advantage of the power of the falls and build saw and flour mills on both the East and West banks of the river. The 50- foot drop in elevation at the falls provided the energy needed to power the saw and flour mills, which brought numerous people to the area seeking work. Sawmilling peaked in 1899 and for six years, Minneapolis boasted the most productive sawmilling location in the country. By 1910, however, many of the forests had been depleted and almost all of the sawmills had closed.

​The prominence of flour milling in Minneapolis spanned a much longer time. By 1880, Minneapolis had become the flour milling capital of the U.S., a title it held for approximately 50 years. By 1930, new technologies, shipping costs, and tariffs led many of the milling companies to move their operations out of Minneapolis. The last flour mill at the Falls closed in 1995.
​
Mississippi/Minneapolis Plan
For a century or more, Minneapolis – the City of Lakes – turned its back on the river in general, and the area around the Falls and on Nicollet Island in particular. As industry and population left, the area fell into decay and abandonment.

The effort to revive the riverfront surrounding the falls began in the 1970s with the designation of the area as a historic district. In 1972, the City of Minneapolis published the Mississippi/Minneapolis Plan, which cast a vision for the area and specifically addressed the East Bank and Nicollet Island. Although the Mississippi/Minneapolis Plan itself no longer influences development activities, it sparked significant reinvestment, including the removal of unused rail tracks and the cleanup of polluted sites. Many of the historic homes on Nicollet Island were also renovated during this time.

The Heart of the City
More recent waves of development, including housing, shopping, restaurants and bars, and parks have made the Nicollet Island-East Bank neighborhood one of the most exciting and vibrant locations in the city. The neighborhood, with its signature heart shaped boundaries, also happens to be near the geographic center of the cultural, economic and social history of Minneapolis. Many efforts have been made to preserve these roots, too. Explore the breathtaking river views, natural areas, recreational trails, as well as iconic buildings like the Our Lady of Lourdes Church (the oldest continually used place of worship in Minneapolis) all found in the Nicollet Island-East Bank neighborhood.